I owe all my thanks to the Agile Learning Network for showing me how to do life differently.  Trust, intuition, love, compassion, play, and happiness were not big components of my children’s education because these things were not part of my educational background.  Once I had made the decision to make a drastic change in their learning paths, I found ALC.  ALC’s are an amazing group of people that showed me life could be easier and happier.  My deeply ingrained traditional ideals were shattered and this group of people modeled how to do almost everything differently.  It wasn’t just learning that I saw differently, it was teamwork and interpersonal relationships and a true passion for what they were doing and creating.  They modeled how to speak to each other effectively and how to receive constructive criticism and disagreements without being offended.  They modeled how to agree to disagree while keeping the focus on what is best for the children.  I had never seen anything like it.  I wanted this kind of community for my children.  I wanted my kids to be surrounded with people of this mindset and to grow up with the freedom and self-empowerment this group provided.

Before finding the Agile network, I had the vision to start a school but I needed support and I needed more insight.  My school vision was still clouded by traditionalism.  After finding ALC, I was fully devoted to their model and I had every intention to bring this school to my area.  ALC had shown me a better way to serve the needs of the children and I was excited to get going, but I was aware of my hurdles.

On my journey to open an Agile Learning Center in my community, there were several things that caused me to be hesitant and to pause:

I am hoping that as parents start to feel safe to make the transition to self-directed learning with the new model I am using, I will be able to create an Agile environment within or nearby the new school I am starting now.  In the mean time I have to help the community “cross over” so to speak.

I hope to never be disconnected to the Agile Learning Network because what they are doing is magnificent.  In the meantime, I will be here in my traditionalist culture creating awareness, revving up and educational shift, and providing a learning environment where children can flourish and parents can finally feel okay.

I don’t know how long it takes for converts of self-directed learning to actually get there from traditional education but for my family it took exactly six months. I had homeschooled my children traditionally, took them with me to the private school that I had worked at for three years and then returned to homeschool using a very rigorous curriculum.  We were always happyish.  I’ve been on my own journey of spiritual growth for the past several years so I guess I can attribute that to my educational awakening.  In the midst of homeschooling last year I decided to take a serious hard look at the happiness factor in our home.  I was confronted with a couple of serious issues in my opinion:  my 13-year-old daughter had become a frustrated people pleaser with no goals, passions or interests and my 8 year old son had become an angry child who had developed a disability called Selective Mutism and, like my daughter, he had no interests, desires or curiosity.  I was heartbroken.  With this picture in front of me, I had to really search myself for answers and made a drastic decision.  I told the kids to toss the books, curriculum, and worksheets and to do whatever they wanted until I figured out what the heck we needed to do.  Surprisingly some really cool things were happening as I studied the gazillion different homeschool methods and curriculum.  Leah found Anime, drawing, karate, book writing, psychology and was exploring the Japanese language.  Ryan 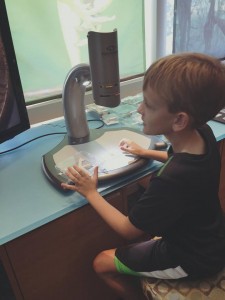 found Minecraft and he pretty much taught himself to spell, read and write by playing this game that I didn’t (and still don’t) understand.  YES, he learned to read very well by playing Minecraft.  I was confused.  Why, how, when had all this happened?  I left them alone and they were choosing to learn (Ryan studies Minecraft, not just plays it but studies all the stuff that makes gaming and computers work).  Wow, I liked this feeling – my children engaged without me!  Wait, that couldn’t be okay, could it?

I went with their interests awhile longer until I could figure out how to do school formally while they kept passionately at their interests.  In the meantime, we saw magic!  The heaviness in our home was lifting.  The fighting and struggles had mostly ceased.  I realized I had to consider this “unschool” thing but being a teacher by degree I felt uncomfortable without SOME forced learning.  But I had to take a look at even the bigger picture.  People were telling me I had to decide on my educational philosophy (basically what curriculum to devote to) and jump on that train.  But my family life felt more like a rat race than a train.  Did I want my family to continue living happyish, frustrated and angry?  I was able to see it clearly.  I could spend the rest of my children’s years at home kind of happy, with lots of struggles, a people pleasing daughter who couldn’t think for herself, and an angry boy who was afraid to talk.  Then get them into college, debt, graduation, a job and if all goes well they could in turn repeat this pattern of living happyish if they even made it to happiness at all.  OR we could be happy now, live in peace, and trust that their future’s would be okay.  I decided on the latter. 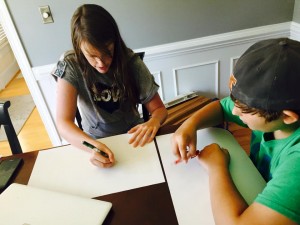 But what about friends, a community, or a tribe?  EVERYONE we knew was dedicated to traditional learning of some sort – or at least I thought.  So we decided to try starting a school with a whole new mindset and without so much unnecessary “stuff”.  And my research began when I found @nancy’s “What If” talk by complete accident while doing some off topic research.  That talk was so in line with everything I had been thinking about and feeling so I had to ask, “Who is this woman speaking my language?”  I found out that she was with Agile Learning Centers.  So I spent a few days reading their content, watching their recommended videos, and feeling like I had found IT.  I applied for their summer program (not entirely sure what I was going to learn) and they kindly allowed me to join.  I learned A LOT about Agile schools, Agile people, and a whole lot more about myself.  I have grown so much from that summer experience and am now happy to be working towards opening my own official Agile Learning Center.  People are slowly joining me, but more importantly, we are no longer happyish; we ARE really happy. 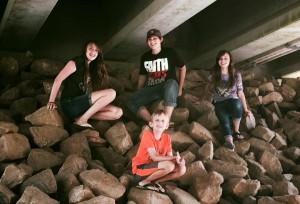 P.S. We are schooling with the cousins and are trying to find a location for our school.  My daughter has her voice, power and passion back and my son no longer has Selective Mutism and his anger is almost gone.  And me?  I’m singing a lot, playing again, dancing more and thriving. 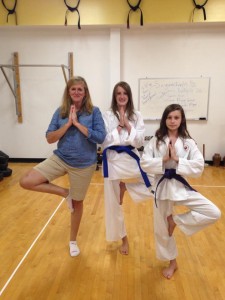